She dined with Kenneth Kaunda, Kamuzu Banda and Julius Nyerere 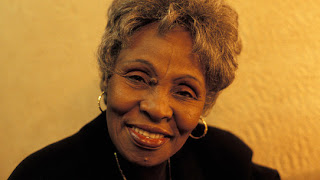 Southern Africa owes me a glass of water. I never held a gun but my voice was as powerful as a gun. It took me a few seconds to send my revolutionary messages home to millions of people.
When I sang Tinogara Musango and Dr Malan, it was like being with the people. I have eaten and stayed with the region greatest – Kenneth Kaunda, the late Julius Nyerere and Kamuzu Banda. It was not fun then – Dorothy Masuku

She left for SA in 1953 (see the Cool Crooners story) when she ran away after a tour of Harare with the Golden Rhythm Crooners band. According to Timothy Sekane, Masuku took along the money they had been paid for their shows and left.
Once in SA, she struck it out

Below she told me about her life
When some people turn 70 they ask for respect, love, care, food and shelter while others ask for tall orders from their children and grandchildren.
This is understandable because when a person turns 70, they would have gone almost full circle back to childhood but one with a difference.
But then what would you do with a 70-year-old who asks just for a quiet place by a river and a glass of water from those whom she helped?
Weird, isn't it?
Maybe if it were not Dorothy Masuku, who still recalls her childhood in Mbare when they used to collect cow dung for their floors in Harare's oldest location, one would see this as weird.
If it were not Masuku who vividly remembers excursions in the Harare Kopje where they picked mazhanje and participated in the fights at the open space where Rufaro Stadium stands today.
“We would gather sand and call them teats. The bully ones would then challenge any two people to kick the small heaps of sand. A fight would ensue until one bled from the nose or mouth. We would then say abuda gold,” she recalled.
She also recalled some of the nomadic musicians who played in the townships from a trailer. But the sound of Nyau drums from Mukuvisi River as different, she told me.
“I remember very well the Nyau drums from the river. They struck right into my soul. But I was told I could not go near the river because I would be harmed. That music meant a lot to me,” she revealed.
Well, if it were not Masuku who celebrated her birthday yesterday in Harare.
But this is Dorothy Masuku who has walked the long journey from those early days in Mbare when she came to stay with her sister and then back to Makokoba, in Bulawayo where the musical career of which she is known today blossomed.
Although she did not perform in Bulawayo at the occasion of turning 70, Masuku or Auntie Dot who says others now call her Mom D was still at home in Zimbabwe, Africa.
"In fact, I belong to Africa. I am an African woman. I am Dorothy of Africa.
In that case, I am still thinking of where I could settle down close to a river. I need a tranquil atmosphere of a small village. I am tired of big cities and all the noise," she mourned.
And this is not just a baseless claim because Masuku stayed in a number of African countries when she went into exile after composing and singing politically incorrect songs.
She sojourned in Zambia, Tanzania, Malawi, Kenya and Mozambique not as a refugee but as a cadre who fought with her voice.
"Africa owes me, especially this region. They have not said thank you to me for the little I have done.
"Although I was pleased to be invited to the Silver Jubilee Celebrations here last April, they came long after I had wondered when they would come. I had celebrated many (Nelson) Mandela birthday parties but not Zimbabwe's," she said.
Still fit and active, Masuku has won three lifetime achievement awards and is in the Halls of Fame in South Africa and the United States.
Although some of her music was recorded and performed by other great musicians of the time that include Miriam Makeba who is set to retire from active performances any time soon, Masuku does not show it because she says it is the way it should be.
Her wish and advice to younger divas: "They should look at us, how far we have come and then ask why we are still here doing what we are doing.
"They should understand that music is not like any other thing in the world. Music is godly. It demands discipline. It does not need hangovers.
"I pray to God that people like Chiwoniso (Maraire) should not be carried away by drink and smoking. One does not feel happy by drinking or smoking. Music should make them feel happy. Because it is clean. It heals the sick. They should respect it by avoiding doing unclean things," she advised.
She added that she has no regrets with the way her life has been so Jar and hopes the same happens to the youngsters even now when HIV and Aids is taking its toll on musicians and many other people.
"It is possible for the younger musicians to live this long if they try. They should know HIV is incurable. All they have to do is avoid doing certain things, especially the girls since they can abstain easily."
Masuku maintains that she would not retire from active performance like her friend Makeba who has already held farewell performances throughout Africa.
"I will be singing as long as my voice is still good. The likes of Ella Fitzgerald were still performing at 80. Anyway, how does one retire from music?" she asked.
She could be right because one of her grandchildren has just released an album that peaked at number one in some South African musical charts.
In a big way, even if she says she would be resigning from music, her grandchildren would certainly be carrying her voice and messages across. That way, her presence in the music scene remains.
A figure that fits in both South African and Zimbabwean cultures, Masuku whose father was Zambian and mother South African was born in Zimbabwe.
She became an integral part of South African musical revolution where she teamed up with that country's greatest and saw Nelson Mandela emerging as the leader he is today.
"I am happy and thankful to God that I lived long enough to see Mandela come out of prison."
One of the Madiba Legends, together with the late Dolly Rathebe, Abigail Kubeka, Sophie Mgcina and Thandie Klaasen, Masuku's contribution to both Zimbabwean and South African music is immense.
Posted by wonder at 14:55