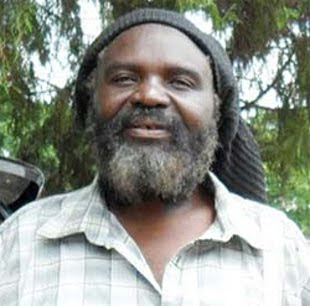 When I heard that Cephas Mashakada had passed away, I thought about his former band mate Job Mashanda.
The two played together in the Muddy Face before the band was renamed the Sounds of Muddy Face. Job was a brilliant vocalist and composer who took over the group’s leadership. When I interviewed Job, he accused Mashakada of using juju to push him out of the band.

I first met Mashakada at his Chitungwiza home early 2005 when his 11th album, Nyaradzo Yakaitwa sold more than 15000 units during the first month of its release.
I noticed that there was something about him that made him look like a reluctant participant in his own game. For starters, he spoke as if did not want and rarely looked you in the eyes. He had his trade mark checked shirt and black woolen hat. We sat outside on the loan as he told me his story.
With the proceeds, he bought a car and I recall very well on our way from a gala in Kwekwe Mashakada cruised past us effortlessly.
But that meeting was to be the beginning of other meetings too. On three other occasions we met at the Aquatic Complex when he was playing second fiddle to Alick Macheso.
And the other meeting was a sad occasion when together with Minister Webster Shamu donated an artificial leg and a wheelchair after the amputation of his leg in 2006.
Just like any other Zimbabwean artist, Mashakada was reduced to begging in the last days.

Below is his story

After going on a long and tiresome journey, it's not everyone who arrives to the destination happily.
But Cephas "Motomuzhinji" Mashakada written off by some critics as a spent force, has unleashed a massive album that swept across the country selling more than 20 000 units in just two weeks.
After struggling with poor sales over the past 25 years when each of his albums at least 15 000 units over a six-month period, Mashakada's eleventh album Nyaradzo Yakaitwa has proved that paths that seem to draw to an end sometimes do open up after all.
But just like a bright child who brushes aside admiration and compliments from friends and relatives, Mashakada is taking this success as just one of those of things.
"The album does not have anything out of this world," Mashakada said. "As usual, we dealt with issues that affect people. Most of the songs are in the public domain," he added.
According to Mashakada, some of the plug songs on the six-track album are about his personal experiences.
"Zvamaronga is about my personal experiences. I lost a father, a sister and a brother within a short period of time," he revealed.
"I composed Wakauya Usina Chinhu while I was at my brother's funeral in Chinhoyi. It just came into my mind that a man who amassed such wealth could die laving everything behind," he also said.
Other tracks on the album are Hera, Tariro and Chitendero.
However, though the title of the album is Nyaradzo Yakaitwa, there is no song with that title, "We chose to call the album Nyaradzo Yakaitwa because the songs carry the theme of death. These days nyaradzo ceremonies are very common and so this is an apt title," he explained.
Contrary to the belief that Mashakada veered off the sungura beat trail into the gospel path, he in fact said that his music career started in the Salvation Army in Chinhoyi in 1977 when he was a member of the church choir, "My parents attend Salvation Army Church and I grew up as a youth of that church.
"When I became professional, the recording company was not keen to record gospel but we included two gospel tracks on a sungura album because they believed that gospel was not popular.
"As a result, as early as 1979, I had a number of gospel tracks on the albums we produced. Songs like Tariro, Munyaradzi and Ndasunungurwa were done at that time,” he explained.
He added that a decision to break away completely from sungura was made when Gramma auditioned for gospel artists.
"After the auditions, we were told that since we had chosen to play gospel, it was not encouraged to come to the studio the next day intending to record a sungura album," he said.
Soon after that he released Zvapupu which was good enough to attract sales of about I5 000 units. Other aIbums such as Mharidzo, Chiratidzo, Shiqiso and Ndiri Mutadzi followed.
"All these albums never sold more than 5000 units in the first month of their release. But Nyaradzo Yakaitwa surpassed the traditional figure by far.
"Imagine, it was towards Christmas time and the company that prints the cassette and compact disc inlays had closed for the holidays," he laughed enjoying the success that came late.
Mashakada is probably the second Zimbabwean gospel artist who usually performs in beerhalls and such other places and not the church besides Hosiah Chipanga.
But how does it feel to be a gospel artist who performs before drunkards and such people who are considered lost by religion?
"I don't see anything wrong with it. The Salvation Army has what they call open-air sessions where they march into the streets, preaching to anyone they come across.
"By the end of the day, anyone who felt like accompanying the marchers to the church is free do so. This is what I believe in," he defended himself.
Indeed for Mashakada it's been a long and tiresome journey from Chinhoyi to the then Salisbury (now Harare) in 1977. When together with the late Biggie Tembo, Jacob Teguru, Franco Kazere (who later played with the late Safirio "Mukadota" Madzikatire) and the late David Ziome (of the Chachacha Kings) they teamed up to form the World Ten Band.
"We came to Harare when the late Paul Mpofu, Zebron Magura and others who called themselves the World Tomorrow toured Chinhoyi. They spotted us and were pleased with our performance. When they returned to Harare, they sent for us," remembered Mashakada who of late has been the inimitable, high riding Alick Macheso's stage buddy.
In Harare, they found a base at Saratoga Hotel in Highfield but Biggie and Franco could not find a place in the band.
"They were taken by Rise Kagona who was the founder of the Wild Dragons, the band that became the Bhundu Boys when Biggie became the frontman.
"Because we had our own band with Mpofu and others having their own, it was decided that we change the group's name.
"Mpofu came up with the name Muddy Face and we all agreed. And since then until today it's the Muddy Face," again he laughed exposing the gaps in his teeth.
The Muddy Face of that time underwent various changes over the years and with it Mashakada's life too.
"One day, we were practicing at Saratoga when Job Mashanda heard us. He was coming from a prayer session and was clad in white regalia when he approached and said that he had some songs he would want us to see.
"He gave us Amai Mandigona, Denga Rababa and Zuva Rakabuda MuAfrica among many songs. Basically, the early 80s were the Job Mashanda years. When he left, we took over until Paul Mpofu left to found his own band, Zambuko," he said, running his fingers through greying long beard.
Looking at him, one thinks of the Shona proverb: Sango Rinopa Waneta (luck comes after a long and tiresome effort).
Posted by wonder at 14:06