My student Mercy Mutsvene surprised me by becoming a gospel 'star' 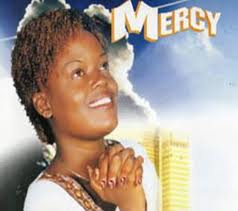 I knew there was something familiar when I saw Mercy Mutsvene’s video on ZTV's Ezomgido around 2004. Having been a teacher, my mind raced trying to place her. It did not take long to know who she was and where I had taught her – Highfield 2 High. The school was also infamously known as Gorongoza after the Mozambican place where the Zimbabwean army routed Renamo rebels.
I taught Mercy English language and History at O level. She was not an imposing girl but one of those who can slip in and out without being noticed. She kept a small group of friends who also shared some of her character traits. It was a group that stuck together without much interaction with the majority of other students.
That is how I got interested in the group and eventually got to know Mercy and her friends. I made sure everyday that every student has said something in class. And this group sat at the back of the classroom. But everyday I would walk over to them and prod them to answer questions or to show me their books for home work. Then I would check one by one just to make sure they did the work assigned.
With time, the group would start missing class or one or two would attend especially when it was time for History. Then they would take notes on behalf of the other group.
I remember one day when the whole group attended and I used my belt to punish them. Yes, my belt. That is what I used and my students never got angry with me.
Being a small girl, Mercy dodged and dunked but I made sure I delivered whacks. From gossip, I learnt that Mercy had a child.
I would like to know whether Mercy passed but I am not sure because her group did not only bunk my lessons but other teachers’ as well.
But years later, there she was on ZTV’s Ezomgido floating gracefully and singing like Rebecca Malope of South Africa.
I called her the next day and introduced myself. Expectedly, she denied any knowledge of me and of having been to Gorongoza. I expected it because very few pupils want to identify themselves with Gorongoza despite the fact the school has been transformed into a great institution.
Then we met in 2008 at 7 Arts Theatre when I received the Nama award. She was one of the girls who ushered winners off the stage. It was backstage and when I staggered there, it was Mercy who received me with a huge smile saying, “Nditicha vangu ivava.”
It was largely because of this relationship that I never wrote or interviewed Mercy but I assigned reporters on my desk to do her stories. Then controversy after controversy hit her.
Mercy Mutsvene’s story is a very simple one. She is a pastor’s daughter. Did some singing in the church with the choir and never thought she could become a musician one day until her ex-husband, Simbarashe Ngwenya unemployed at the time, realised that his wife has a sweet voice.
At the time, Pastor Elias Musakwa had founded Ngaavongwe Records and Simba referred her to him for trial. She went and Musakwa took her in and created a Zimbabwean Rebecca Malope.
In the early days, Mercy made people believe that there was a working relationship between her and Rebecca. She claimed too that Rebecca knew about her music since some of it was recorded in SA.
It has turned out that this was not true. When Rebecca toured Zimbabwe Mercy was not on the line-up. She was told about Mercy and her music, Rebeca confessed ignorance asking, “I don’t know this person you are talking about. In fact, I wish I could meet her. If indeed we were working together then why is she not here?” queried Malope. “I am definitely going to inform my record company and they will deal with the matter appropriately.” Some of Mercy’s songs such as Handingabvumi and Muri Mutsvene are direct translations of Malope’s songs Mangingavumi and Ulilanga Lelanga.
All what Mercy could say was, “I was not in the country when she (Malope) came to perform but I heard that she made such utterances. I will not comment on that issue. Get in touch with my record company.”
Then marital problems and controversies came when she walked out on Simba and married a Zambian bishop in 2008. Her parents said then that they had no idea where she was staying and denied knowledge of her new marriage.
“We have been staying together and it is true that I am expecting his baby. Our marriage is genuine because he paid lobola to my parents. He has a child from a previous marriage but I am his only wife at the moment,” Mutsvene said.
But his father, Pastor Mutsvene denied this saying, “I am the father and there is no one better to tell about the marriage. I have not received anything from anyone with regards to Mercy’s marriage since the divorce with Ngwenya. As far as I am concerned, she is staying with a female business partner in Highlands and all this talk about the apostolic bishop is new to me. If there is anything like that, it is not legal.”
Mutsvene admitted that she was pregnant then.
She gave birth later to baby number three and she says about the baby, “Yes, I was blessed with a lovely baby girl. She is almost a month old now and I am very proud of her. Her father’s identity is not important. What is important is that I am now settled and moving on with life. I am expecting more than one baby in this marriage.”
Posted by wonder at 01:07

Highfield High 11 should be known by that default name. I hope the were no infamous teacers to these aspiring children..... and at times children rise above their teachers. Thank you mercy for introducing your former teacher with politeness as befitting a respectable woman.