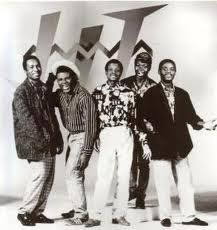 At the beginning, all the attention was very tempting. We were like children with new toys. But with Aids, we realised we had to take care of ourselves, that the music industry was the same as any other job and that we had responsibility.’ - Rise Kagona, Bhundu Boys

My first story on the Bhundu Boys

While there are many versions of what happened to the Bhundu Boys, only those who were within the group can give a true version of the group’s fate.
Kagona tells the story of how they arrived in the UK, their stay and the reasons for the split. He also discusses the rumours surrounding the death of his fellow members.


Despite the Bhundu Boys’ success, their story today is not so much about their music but how they fell and lost everything.
Robert Chalmers in his article that was run by the UK Independent called the Bhundu Boys the lost boys after his extensive investigation on what exactly happened to the group’s money and property. He interviewed Tembo’s wife who was cleaning toilets at Mbare Musika in Harare then.

In May 1986, five young men arrived at London's Gatwick Airport from Zimbabwe. Within a year, they had conquered British music - but within a decade, three of the five would be dead, along with one of their replacements.
In the 1980s the Bhundu Boys - whose name literally meant Boys From The Bush, the name given to the African guerrilla fighters who eventually toppled the white regime of Ian Smith - brought rousing African music to a British audience.
Their story begins under Smith's regime, when, owing to a ban on African music, they began playing covers of Western songs around the country's capital, Harare.
‘When we started out, our local bands were playing covers of British and American stuff, because that's what was there,’ recalls founder member and lead guitarist Rise Kagona.
‘For you to make a record, you had to play it in English. The Smith regime didn't want us to make music in our language, in case they didn't know what we were singing about.’

After independence in 1980 everything changed, and Rise began playing around the Harare townships, where he met local guitarist Biggie Tembo - who would become the lead singer of the Bhundu Boys.
Soon afterwards he met drummer Kenny Chitsvatsva - the only other surviving member of the group.
Although now allowed to sing in their native tongue, the group decided to line up like a Western rock group, with electric guitars and piano. They called their style of music ‘jit’.

They began to record songs with Steve Roskilly, a producer originally from Manchester in the UK. The first single was released in early 1983.
They soon notched up a string of number one hits at home, even outselling Michael Jackson with the song Hatisi tose, which stayed at the top for 12 weeks.
Meanwhile in London, musical maverick Doug Veitch had set up Discafrique, a record label specialising in African music and financed by the Thatcher government's allowance scheme. Together with concert promoter Gordon Muir, who would become the group's manager, Veitch signed the Bhundu Boys and an EP was released.
It did not take long before the EP attracted the attention of BBC radio DJs John Peel and Andy Kershaw, and soon afterwards it was decided the Bhundus would come to Britain for a tour.
‘They came over and they played non-stop everywhere," recalls Robert Abbanas, who runs Stern's African Record Shop in London.
‘They did the trajectory which an English pop or rock group would do - playing in every backroom of every pub, playing until you break through.’

After releasing two albums for Discafrique, they signed to Warners. The new album was produced by Robin Miller, who had previously worked with Sade and The Style Council.
Soon, they were playing increasingly larger venues. They supported Madonna at Wembley Stadium only a year after landing in the country.
‘We did not treat that crowd as Madonna's,’ recalls Kagona.
‘We treated it as ours as well. Because we are there - we are musicians. As good as Madonna is, she is a musician, and so are we.’

But instead of being a step to build on, the Wembley shows marked the high point. Soon after, splits began to appear as the Boys argued over money and whether they should buy a house in London for their base.
‘Some of us, our brains don't function properly when we have a lot of money,’ says Kagona.
‘But that was the time when we needed each other more than ever.’
British fans were not impressed by the commercial, Westernised sound of the band now they were signed to a major label, and sales were disappointing.
But far worse was to come.
Biggie left the group and began working on a solo career back in Zimbabwe. Other members of the band spent their time travelling between Britain and Zimbabwe, where 20% of the population was already HIV positive.
Between 1991 and 1993 three Bhundu Boys - including two of the original members, Shakespeare Kangwena and David Mankaba - would die of Aids.
Then, in 1995, Biggie Tembo committed suicide in a mental hospital in Zimbabwe.

The band now had only two of the original members, and was no longer signed to Warners. But they staggered into the 21st Century.
‘It felt like I had killed a friend - but death is natural, and I had to move on,’ said Rise Kagona.
‘If we had shut the doors and gone back, there would have been no more Bhundu Boys and the name would have got killed.’
Rise remains close to Doug Veitch, the man who met him at Gatwick Airport in 1986, and they still play together in Glasgow. Meanwhile, drummer Kenny Chitsvatsva now lives in London.
But former manager Gordon Muir is now estranged from the band. Since the Bhundu Boys' demise, he has received some criticism suggesting he exploited the group for his own gain.
But he says he is hurt by this attack, and it something he denies.
‘There is a huge sense that that whole period of my life has been misrepresented and maligned, and something that I was very proud of is now something that is a bit tawdry and unpleasant,’ he says.
‘I made a bit of money from the Bhundu Boys, but no more than anybody else did. It's not fair to say that I exploited them.’

The death by that most shockingly un-African of causes, suicide, of the singer and composer Biggie Tembo represents yet another tragic chapter in the arduous career of the Zimbabwean pop group the Bhundu Boys.
Even though Tembo left the band five years ago, his name and bouncy straw- boater-topped image will be most closely associated with the band he helped make one of Africa's most internationally famous during the mid-Eighties boom in interest in African music. The Bhundus are currently back slogging around Britain on another of their long hard tours. The shock caused by the news of their old colleague's death was apparently mitigated by a certain grim familiarity: no less than three members of the band have died of presumed Aids-related diseases in the last four years.
Biggie Tembo joined the Bhundu Boys in 1980, shortly after the group changed its name from the Wild Dragons and its repertoire from rock covers to the new traditionally based jit music. Bhundu means "bush" in the Shona language and the name's association is with the liberation fighters who helped transform the renegade white-ruled Rhodesia into Zimbabwe in the same year the new group was born.
The Bhundu Boys' music was not directly political, except in the sense that it took as its main ingredient the traditional melodies of the Shona mbira (thumb piano), transposed for joyfully ringing guitars. Its purpose, like the equally irresistible guitar-based pop of the nearby Congo basin, was to make punters dance and buy more beer in the open-air dance-halls and gardens like the Bonanza Bar in Harare, where the Bhundus served their apprenticeship playing 12-hour sets six nights a week.
By the time the Bhundus got to Britain, Biggie Tembo had already become the most prominent member, with his energy, charm and catchy song-writing: he was the author of tracks like "Hatisi tose", which topped the Zimbabwean charts for three months and rapidly became a favourite with their new European audiences.
The Bhundus arrived at Heathrow Airport in 1986 at the behest of Gordon Muir, a young Edinburgh graphic designer turned ad hoc concert promoter. The classic account has it they were disappointed at the humble van their new showbiz patron turned up in lieu of a Rolls; while Muir was taken aback to find they hadn't brought any instruments. Nevertheless, Tembo's rallying cry of "Burruru! Burruru! Burruru!", the cantering snare drums and the delirious guitar lines were soon getting audiences on their feet, jit-jiving and grinning from ear to ear in, at first, pub backrooms, and gradually larger dance-halls around Britain.
The Bhundus' timing was impeccable; British interest in what shortly afterwards acquired the unfortunate name "World Music" was booming but the British public had not yet been seated by the subsequent influx of artists from around the world. The Radio 1 disc jockeys John Peel and Andy Kershaw became enthusiastic converts to the Bhundus' cause, and within two years the band had signed to a multinational record label, WEA, and played as supporting act to Madonna in front of a 70,000-strong audience at Wembley.
Then things began to go downhill. The WEA album, released in 1987, with its English lyrics flopped, judged anaemic and internationalised by critics and public. Biggie Tembo, whose erratic moods and increasingly extreme opinion of his own importance in the group had been creating tension for some time, decided to leave the Bhundus, a decision he was to try to revoke repeatedly thereafter, only to find the Bhundus didn't want him back. The World Music boom levelled off.
The Bhundu Boys soldiered on, reduced in star status but hard-working as ever, while Tembo oscillated between London and Harare trying to revive his career, now releasing an unsuccessful solo album in Britain, now playing with another veteran Harare group, the Ocean City Band, and seeing his mercurial temperament slip into bouts of depression and intermittent psychiatric hospital treatment.
A projected tour of Britain last year was abandoned in chaos and Tembo turned up at Heathrow alone, without a work permit and desperate to find a way back up. He turned increasingly to Christianity but re-admitted himself to hospital in Harare shortly before hanging himself.
As much for bringing Zimbabwean pop to the outside world as for his work at home, Tembo was still famous in Harare - a local paper recently ran a lengthy campaign to encourage him and the Bhundus to team up again. His best songs are lodged deep in the public consciousness. Gordon Muir recalls going into a bank in Harare with Tembo once and all the staff bursting into a mass rendition of "Hatisi tose".
If Biggie Tembo's dark side triumphed at the end, his shining talent to entertain will continue to illuminate record collections around the world. - Philip Sweeney, the Independent
Posted by wonder at 06:42

Thanks for some interesting information to share with us. inquiry system & finance report features in a free trial of Club Management Software, for more details, please visit and click on free request demo.