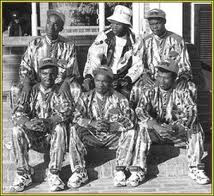 There are, mostly probably, two known Zimbabwean musicians who made a name from ridiculing themselves and their humorous approach to social issues.
There was Kenneth Chigodora of Sisi Dori fame and then System Tazvida. Both are late.
Although I met Chigodora in his last days and tried to prop him back into the business, I never met System but I met his brother Peter and Isaac. I have also met Lee Roy Kamusena Lunga who had a long-drawn battle for control of the band after Peter’s death in 2002.
I met Peter when they launched their album Rimi Remoto at the National Sports Stadium where the late Tsitsi Mawarire and Eric Knight were Emcees in 1999 after System’s death.
I spent a weekend with Isaac in Shamva when he performed at a bar there and he visited me on several occasions.
Like I said, System made his name by being himself. He tapped into his rural background and made music for his type of people. And that music was later embraced by those who saw themselves as being living outside System’s world.
By making music for the previously uncatered for, System created a very active market. Calling himself Rombe, System managed to break through urban barriers.
His first hit Mabhauwa where he was backed by the Khiama Boys that had Alick Macheso in the line-up was received by all. Also in the line-up were Tineyi Chikupo, Cephas Karushanga, Nicholas Zakaria, Ephraim Joe and Sailas Chakanyuka.
The song, Mabhauwa was written by Cephas Karushanga and given to System to sing. Later Karushanga and System left Khiama Boys to form Mabhauwa Express hoping to cash on the success of the song. But System did not last long with Karushanga when he left to join the Sungura Boys before setting up his band, Chazezesa Challengers in 1993, with the help of Peter who was playing with Nyami Nyami Sounds; Lunga from the Super Sounds and Kasongo Band; Lucky Mumiriki of Hurungwe Sounds and the Sungura Boys.
With Chazezesa Challengers, System who was born Fanuel Nyasha Tazvida in 1968 in Zaka became the voice of the voiceless while his mates nicknamed him System the microphone wizard.
The group’s debut seven single Vaforomani spoke about bad leadership and what power does to people. Accompanied with a humorous video, the song peaked high on the charts thereby launching System’s career.
System had a very humble beginning in the music industry when one day he chanced upon the Spiders during their show. They asked him if he could sing and he told that he was a reggae artist. They then gave him a chance to sing and he did much to delight of the fans. That launched his career which saw him churning one album per year.
All his albums had songs which taught but without rebuking. Rudo, Tsika Nemagariro (93); Rwendo Rweupenyu (94); Mutunhu Une Mago (95); Wadenha Mago (96); Wazosvorwa (97); and Huni Nyoro Mumoto (98) spoke about life.
Although most people tried to distance themselves from System’s music, they hopped back because he offered them another window through which they looked and laughed at themselves.
In the history of Zimbabwean music, System is also one of those who were organised. His band members were well catered for and he kept a happy intact group throughout his career.
But problems came when he died and then Peter too died leaving Isaac to take over.
Although Isaac was not a band member, he muscled his way in. I covered the row between Isaac and Lee Roy over the leadership of the band. In the end, Lee Roy had to leave and form his own group, Boyz DzeSena while Isaac struggled with Chazezesa.
One day I ran into him in Shamva when he was playing alongside Hosiah Chipanga at Shamva Bar. Although Isaac says that he helped System to put the band together and funded his brother, he does not have music in his veins.
Maybe he is unfortunate that his brothers who preceded him set a high standard which he can’t beat. Apart from delivery, Isaac has problems in management. At one time, I wrote about him losing instruments to a record company after failing to pay.
Posted by wonder at 07:34 No comments: 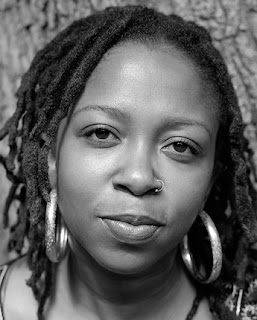 Chiwoniso Maraire died in Harare on 24 July 2013. She was 37. She died of lung infection. REST IN PEACE. For more on how Chiwoniso rose to stardom, you can check out on this blog The Band that made Chiwoniso Maraire as well as her father and mother's stories The Maraire Triology on this blog. - Wonder

I came face to face with Chiwoniso Maraire when she came to complain about a report we had carried in 2006. It was around 10 in the morning. I had attended a launch of her album in Greystone Park a few months earlier. And had attended another launch a few years back at the Alliance Francaise when she performed with her father a year before his death. This was long after a performance at the Harpers, Oasis Motel when she used to back Andy Brown.
When she visited the Herald, she was visibly angry. All she wanted was to be sought for a comment in the event such a report was to be written again. I managed to convince her though and she left.
But I recall how she spoke glowingly about her mother during the launch of Ancient Voices at the Alliance Francaise in 1998 before their performance with her father, Dumi. And when she performed the song Mai dedicated to Linda Nemarundwe, her mother who had passed away a year before, she moved the audience.

Forever I remember your loving smile
Sunshine to my eyes
You had a spirit so full of joy
Ahh, the sweet surprise
I still find myself searching for your face
Though I know you’re gone
And its so hard to say goodbye
But I know it won’t be long
Mmm, til we ‘re together
I know it won’t be long
Mai, fambai zvakanaka
Mai, tichazomuwona
Sometimes I imagine I hear your voice
In the trees whispering

I also recall Dumi saying that Chi would crawl to the basement of their apartment in the US where he would be rehearsing for shows when she was just very young. He also said the girl would play around with mbira. And that at five, she showed an understanding of the music.
At 9, Chi recorded Tichazomuona with her father’s group Dumi & Minanzi. By 11 years, she was performing with her parents’ marimba band, Dumi & Minanzi 3. When she reached 14, Chi was a member of Mhuri yaMaraire alongside her sister and brother Tawona and Ziyanai.
At 15, the family returned to Zimbabwe where Chi enrolled at Mutare Girl’s High in 1990. A year later, while on holiday in Harare, she met Herbert Schwamborne and Tony Chihota who called themselves A Peace of Ebony. They were impressed with her performance and Chi was invited to join the group as the only female rapper.
POE, made up of Zimbabweans, German, American, Russian and Malawian, composed songs in Shona and English. The group’s hit, From a Native Tongue, rode high on the charts.
In 1994, the group composed Vadzimu for the Radio France International contest, ‘'Les Découvertes''.
At the time apart from Keith Farquhuarson, there were two others – Tendai Vikci and George Phiri as well as Karen Stally who came as a session musician.
The group won the Best New Group out of southern Africa award. They were then invited to Madagascar for a performance in Antananarivo for the finals where they were third.
Unfortunately, they split on their return to Zimbabwe. Chi was offered a contract by LusAfrica when she was already working with Andy Brown. She went on and recorded Ancient Voices.
After Andy Brown, she put together Vibe Culture. She has collaborated with Marie Boine, Brilliant, Kris Kristoffersen and Sinead O'Connor on the cd celebrating the 100th commemoration of the Nobel Peace Prize Awards, composing and performing for the UNDP Africa 2015 song project "Les Tams-Tams de l'Afrique" alongside Salif Keita, Habib Koite (Mali), Ishmael Lo, Youssou Ndour, Manu Dibango, Baaba Maal (Senegal), Achieng Abura (Kenya), Saintrick and Koffi Olomide (Congo).
She contributed to the Women Care cd recorded last year along with women artists from other African countries and from Norway.

Below is the interview she did with the Nordic Africa Institute

Chiwoniso Maraire was born 1976 in Olympia in Washington State in the United States, where her father Dumiso Maraire was studying and teaching music. She composes, writes lyrics, and plays mbira with her band Vibe Culture.


Below is another interview done in January 2011 by Dzana Tsomondo

As I stepped into Joe’s Pub in downtown Manhattan, the first thing I heard was an mbira, which resulted in that odd feeling of experiencing something familiar in an unfamiliar place. I grew up in Zimbabwe and even though, thanks to the instrument’s growing popularity, it is no longer a complete shock to hear the sound of an mbira outside of Africa, I still associate that playful lilt with the land of my youth. The mbira is an idiophone, or as it is sometimes known colloquially, a thumb piano. The legendary Nigerian musician and scholar Babatunde Olatunji called it the “finger xylophone” and the mbira is the Zimbabwean version of a musical instrument that is found in many African cultures and their diaspora. And right now, the woman who represents that diaspora is on stage, the Zimbabwean-American singer Chiwoniso.
I have arrived halfway through the show, her first in New York City, and despite the healthy ticket prices, it has sold out. The crowd is diverse, young and old, white and black. Zimbabweans are well represented but the cheers are just as lusty when she shouts out New York as they are for Harare. No matter, she has them all in the palm of her hand, playing the crowd like a seasoned veteran. Although, knowing her history, that shouldn’t surprise me either. Her father is the late Dumisani Maraire, a man whose name is to the mbira what Shakespeare’s is to the stage. He was not only a master of the mbira and the marimba, Maraire also created the numerical system and accompanying notations that standardized mbira “keys” and underpin modern instruction in the instrument.