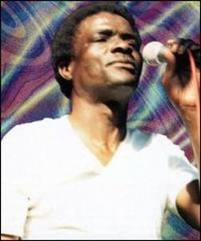 I have met James Chimombe’s son Freddie three times. The first time he came to give me a story about how the Zimbabwe Music Rights Association (Zimura) had ripped him off.
The other two times was when I did a story about him the first time he went to stay in the squatter camp at Hopley. By then he had just started feeling unwell.
I first passed by his mother’s house in Jerusalem section of Highfield where I met his sisters. It was also during the time when Diana Samkange had goosened up James Chimombe’s song.
The family was very bitter about it. I felt bad too that I had given Diana Freddie’s contact details when she was working on the song.
Freddie’s mother, who had separated from James when he died, said she gets frustrated whenever she watches TV or listen to the radio and hear the songs her ex-husband did.
‘I remember he wrote some of the songs in this house,’ she told me. ‘Now I hear and see people I do not know messing the songs up.’
But I put together James Chimombe’s story from a number of people among them his long time band mate who also blew the legendary sax on all the songs, Daram Karanga.
James started his career as a vocalist with the Mutare-based Pop Settlers before moving to the Harare Mambos. His next stop was a brief stay at Thomas Mapfumo's Acid Band in the early 70s as a lead guitarist then he hopped to the OK Success in the mid-70s alongside Susan Mapfumo and Simon Shumba. It was long before the time when the Chimbetus- Naison and Simon – had the backing of the group at Mushandirapamwe Hotel at Machipisa in Highfield.
At the time, the OK Success that was led by Andrew Ngoyi who had chosen to settle in the country from the Congos embarked on singing songs in Shona. Some of the songs were the OK Success released singles such as Baba VaBhoyi, Sekuru, Amai, Lupwai Abwela, Gore Rakapera and Mudiwa Mary.
It’s not also clear whether James was in the band at the same time with Lovemore Majaivana, Fanyana Dube and Virginia Sillah 9who later joined Harare Mambos).
Daram met James in Chitungwiza when the dormitory town had just been established. At the time, Daram had left Mhangura Mine where together with Thomas Mapfumo they had formed the Hallelujah Chicken Runn Band. When the band disbanded, the guys moved to Chitungwiza where council management contracted them to perform at Chikomo Bar. They were also given houses among other perks.
But when there was a change of management, the band lost the contract and disbanded. James was working for the council at the time.
In 1983, he befriended Daram and would visit him at his house, “One day, James spoke about forming a band and I agreed to the idea,’ Daram said. ‘Since I knew Paul Mkondo who owned Hideout 99, I approached him with the idea and he too agreed to assist. At the time Safirio had had problems with his band, the Ocean City he had formed after leaving the Great Sounds. The remaining members – Phillip Svosve, Nicholas Himwala and Elias Bokosha - were looking for members. They absorbed us and James became the lead vocalist and main composer. But in 1988 Svosve and others demanded that they should also be allowed to compose and sing their songs,’ recalled Daram.
James, Daram added, refused to let them compose and sing their songs and they left.
“We them formed the Huchi Band since James had acquired his own instruments,’ said Daram who had the opportunity of composing Jikinya and Botswana as well as some chart topping songs which made James very popular.
James who died aged 39 in 1990 was one of the earliest musicians to succumb to Aids. One of his songs, Jemedza, is believed to have been a farewell song.
Most of his songs were about love gone wrong. His beat leaned towards light rumba fused with jiti. He was among some of Zimbabwe’s musicians whose music can safely be coined pop because its popularity.
Apart from Jemedza, James song Kudakwashe which he composed for his son who was born deformed is still a great number.
While he left a rich musical legacy, James did not do so for his family. His son Freddie who took over the band after his father’s death ran it into the ground.
Freddie opened a grocery shop in Goromonzi which did not last. Then he would collect his father’s royalties which he blew.
Daram who had a fight with Freddie over royalties said the young man would buy beer for the fans every time he had a show. Freddie’s career did not last though not because of his illness but mismanagement. He sold some of the equipment and when I interviewed him, Freddie said the late J Masters had some his father’s stuff.
Posted by wonder at 11:45 No comments: 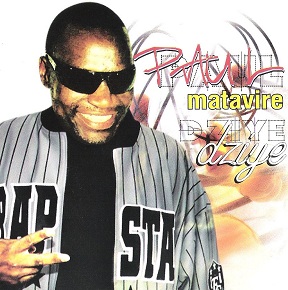 A few months before his death, Paul Matavire came for an interview at The Herald. It was my second time to meet him. The reporter who was supposed to interview him had a tough time when the musician declared that he wanted to be interviewed while standing. It was an awkward moment but when a smile lit his face, the people who had gathered in the reception area burst out laughing.

The first time I saw Paul Matavire was in 1988, five years after he had joined the Jairos Jiri Band, during a show at Gweru Teachers’ College when I was in first year.
His songs had already made him well known when I was in secondary school.
Seeing him in concert made a greater and deeper impression in most of the trainee teachers who were also saddened when two years later, the musician was incarcerated for rape.
It turned out that the rape case that had him sent to jail was committed in Chiundura communal lands a few weeks after the Gweru show.
The second time I came close to him and even shook his hand was in 2004 when he came to Herald House for an interview. I had just joined the paper then and he had just released his come-back album, Zimbe Remoto with the help of the South African artist Fred Gwala.
I recall vividly how he drove fear into the reporter who was interviewing him.
He stood in the reception area, staring ahead and said, ‘Can I be interviewed now.’
The reporter kindly offered him a seat but he said, ‘I want to be interviewed while standing.’
It was an awkward moment for us because nobody was sure whether he was serious or it was a plank. After a stand-off, the musician smiled and indicated that he was ready to take a seat.
He had been released from jail and was retired in Rutenga where he had a farm. Maybe it was why his stunt drove fear into the female reporter.
Unfortunately, a few months later, we heard that Matavire had been admitted into a Masvingo private clinic.
I also recall talking to him over the phone while he was in the clinic for a story I did then. One thing about Matavire was his humour even when he was down and low.
This is exactly what he did when he had appeared in a Gweru court while waiting for judgment. In 1989 before his sentence, the musician made fun of the magistrate in his song Joke of the Year. Even when he was released, he made fun of his return in the song Back from College in 1991.
‘I have just been shaken,’ he told me hiccupping in-between. ‘It’s a little wind. I will come back.’
He never came back because he died in his Rutenga village after he had been discharged from the clinic. He had relocated to the area from Maranda communal lands in Mwenezi where he was born in 1963.
I also recall talking to his young brother, Hlupeko, from Rutenga the day Matavire passed away in 2005.
Hlupeko said Matavire had shown some recovery signs from the hiccups which had wrecked him a day before he passed away.
That closed Matavire’s brilliant musical career which had started when he abandoned his social worker training to help the Jairos Jiri Band make history.
The Jairos Jiri Matavire joined was older than Dynamos and Zanu-PF. It had been formed in Bulawayo's Mzilikazi Township way back in 1959 by members of the Jairosi Jiri Mzilikazi centre for the handicapped, the group that started as a mere choir then was known as The Sunbeam Kwela Kings. When Zexie Manatsa joined the group in 1969, they changed the name to Sunrise Kwela Kings.
In my interview with Zexie, he told me that when he and his late brother Stanley moved to Bulawayo, they stayed in Nguboyenja close to the Jairos Jiri complex.
He said they could hear guitar sounds coming from the complex every day and one day they walked in to find out what was happening.
‘One day, we walked into the complex and asked for permission to test their guitars. The late Jairosi Jiri then found out that we could play better than the inmates. He asked us to play for the organisation, helping raise funds.
‘Fanyana Dube, one of the inmates joined us and we formed the Sunrise Kwela Kings.’
This is the name the band used until the late 70s when the name was changed to Jairos Jiri Kwela Band before becoming the Jairos Jiri Band when Matavire became a member.
Their song Take Cover released in the dying months of the liberation war in the late 70s was done by Jairos Jiri Kwela Band. It was the song which put the band on the musical map such that when Matavire came, he had part of his job cut out for him.
Matavire had first attended the band’s show in Gweru since the group used to perform at all Jairos Jiri centres across the country. A year later in 1982, Matavire abandoned his social worker training to join the band full time in Bulawayo after he had taught himself to play drums and the guitar.
His debut song was in honour of the founder of the organisation, Jairos Jiri titled Pamberi NavaJiri. It did not take long for Matavire to establish himself as the Clarence Carter of Zimbabwe with his explicit lyrics which also earned him the nickname Dr Love.
Despite being blind, he lost his sight aged six after suffering from glaucoma, Matavire’s lyrics describe situations vividly as if he saw the action. His two songs Tanga Wandida and Dhiabhorosi Nyoka are testimony to this.
Apart from love songs, Matavire was agreat social commentator as shown in his song MaU, Nhamo Yeusavi and Akanaka Akarara among many others.
When he was released from jail Matavire returned to Jairos Jiri Band but it was not easy for him to stay. He then left to form his own group, The Hit Machine with which he released Akanaka Akarara (1993), Gakanje (1995) and Fadza Customer (1998).
The other two albums, Zimbe Remoto and Gonye Remari were done with the help of Fred Gwala.
Posted by wonder at 11:17 No comments: 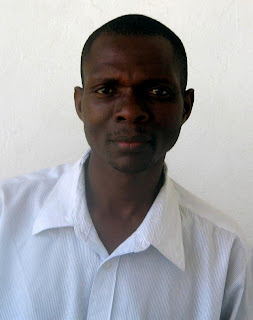