Nebeta was a rare breed 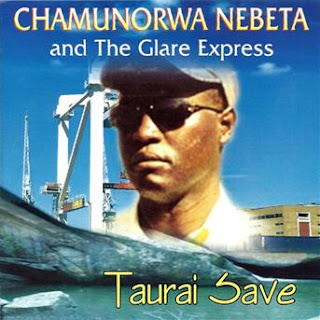 Chirina is a very small dusty township along the Masvingo-Gutu road via another equally small town called Chatsworth in Zimuto.

Unlike other townships where shops line both sides of the road, at Chirina or Gwengwerere, the five shops are on one side.

Of these shops only two were operating in 1992, a year after I was deployed at the day secondary school just behind the hill.

One of the shops, whose veranda was spacious enough to accommodate a band, belonged to a man known as Isaiah and his aged mother.

It served as both a store and a bar. It was also there where teachers from both the primary school called Marongere and Makomba secondary school, extension officers from nearby farms, and policemen from Chatsworth who happened to be in the area came for a drink.

And it was there where I met for the first time, the late blind musician Chamunorwa Nebeta and a group of his rag-tag musicians who called themselves Glare Express in 1992.

At the time, I had just left Gweru Teachers’ College but was stringing for Masvingo Provincial Star.

The group would tour Masvingo playing at townships and growth points for coins. Usually, they would stay at a place for weeks.

I was there the first night the group came and performed. For a quiet township that had not the experience of attending a ‘live’ show, the Glare Express that came complete with blind female dancers who sang like Matavire’s girls, made the night.

When the show ended and everybody left for their homes, the group was stranded. Since we were the last to leave the bar, high as usual, one of the guys who helped the group members to move around asked us the way to the school.

When we told them that we were going down to the school, the group walked with us. We took them to the headmistress’ house since they had asked us to do so.

But the headmistress was not keen to take them in. When she turned them away at that hour of the time, I took them down to my house – an empty seven-roomed house where I gave them rooms to use.

The group was made up of disabled women and men apart from three abled people who acted as guides. I would spend about two weeks staying with them since they would go to play at nearby townships and then came back to my school.

It was during those three weeks that I got to know Chamunorwa Nebeta who was the most active of the group and who appeared to know what he wanted to do. He was the lead vocalist and the improviser of the group’s music.

During the time I stayed with the group, I was relieved to realise that they easily joked about their conditions. They also would joke throughout the night.

It was an inspiration to know and stay with the group who despite their disabilities, made their lives enjoyable and interesting.

I recall when I wrote a story about them published in the Masvingo Provincial Star. Although they could see it, they felt the page after one of their guides had read it out for them.

I was not surprised when, after I had transferred to Harare, I heard Nebeta’s Tambai Mose Mujairane.
Unfortunately, I never got to meet Nebeta before his death in 2007.
Posted by wonder at 04:38 8 comments: