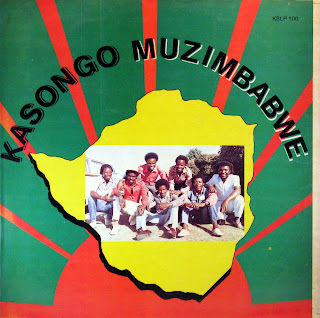 I never thought Zimbabwean musicians used juju to enhance their careers and earnings until I interviewed former Kasongo band member Knowledge Kunenyathi in 2005. Now a born-again, Kunenyathi says; It is not easy. All of us went on tour armed to the teeth with magic. We only communicated on stage and when we broke for recess, we could not look each other in the eyes.
‘The problem was that we all wanted to lead. Ketai wanted to protect himself and remain the leader. I wanted to fend off assaults from Marko who envied my position. As a result, we consulted n’angas in order for us to be strong. Surviving without magic was difficult.
‘We also used magic to lure fans to our shows. There were times when we were so popular that we jammed all venues we played at.’

He was attending a morning session at the Zaoga church in Seke the Saturday I hunted down former Kasongo Band member, Knowledge Kunenyathi. I had walked all the way from his lodgings in some part of Chitungwiza when I missed the early morning appointment.
Even at the church, I had to wait since Kunenyathi was in session. But those whom I spoke to at the church said the deacon was a very good musician.
When he eventually emerged from the sprawling church, Kunenyathi who had a sash on looked the same dancing hero on Kasongo’s videos.
He was one of the people who popularised Kabhasikoro dance which Alick Macheso later improved to create Borrowdale dance. Only that Kunenyathi and his band mates, Ketai Muchawaya and Marko Sibanda would dance while standing on one position unlike Macheso who moonwalks.
He was not at Nachingweya Camp in Tanzania when Kasongo was formed by Ketai, Major Mirirai, Fainos Mapurisa and Rex Moto Moto. At the time, Kunenyathi was a war runner in Buhera before he was locally trained as a guerrilla.
His story is about how the group trudged on despite internal strife.

Read his story below