Alick Macheso came at the right time on the scene 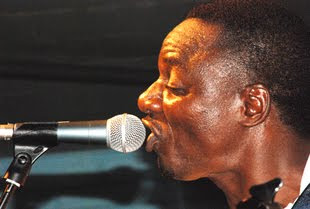 The truth about Alick Macheso – newzimbabwe.com
Born: June 10, 1968
Hometown: Shamva
Family: Married to Nyadzisai with five children – four girls and a boy
What were you like at school?I enjoyed music and football. I was also very keen on my studies, and my favourite subjects were English and Maths, but Maths dzaindivexa (maths vexed me).
What did you want to be when you were little?I dreamt of things that did not turn out to be. I imagined myself running businesses and so on, but that never happened. I am now a musician, and I can trace that back to the days when my uncles taught me how to play a guitar. It started off rather slowly, then I realised I could do a melody with two strings, then three strings and it went on from there.
Who is your inspiration and why?It’s difficult to say. Jonah Moyo, Devera Ngwena, Leonard Dembo and Four Brothers have all had their influences on me. But for me Jonah Moyo was the best. I met him and I said: “I grew up listening to your music.”
What do you think is the best invention in history?I think a phone is quite a useful invention, but the guitar is also an amazing thing. Strip it away, and you come up with strings and a plank which produce an amazing sound. We can also go on to cars and so on, but for me when I look at myself I ask ‘how is it possible for something on two legs to remain standing?’ Maybe the human being was the best invention!
What was the last book you read?Kutonhodzwa KwaChauruka by Chiguvare. That was in 1989. I have read a few other books, but I would say that was perhaps the only book I read and fully understood.
What do you fear most?I am scared of violence. I hate fighting, or being beaten. I have only fought four times in my life, or at least when I was old enough to take charge of my actions. Since I started doing music, I haven’t fought anyone. When I get angry, I just walk away.
If your house burnt down and you had a chance to retrieve two items, what would those be?My guitar and my passport! Those are quite important items because my life revolves around them.
What would you like to say when you get to heaven?I would tell them down there I witnessed enjoyment and sadness. I would also tell them I also sang on earth; that I used to sing a lot and sometimes I would pass people singing and discover that they were singing my songs. Ah hey, taifara! (Chuckles).
How do you compose your music? Is it the sound or lyrics that come first?It varies. I am always thinking. Sometimes I get one or two verses and I think ah, I need a guitar to get a melody to go with the lyrics. It’s not always with the bass guitar, sometimes I get a rhythm guitar and so on. Sometimes you go to sleep and you forget, then months later, you remember the melody when you are playing around with the guitar.
What led you to give up alcohol?I didn’t get enough time to drink. When I used to drink, I would walk into the house around 12am, 1am and so on. Then I started questioning myself whether it was something I wanted to continue doing. Since 2000, I haven’t taken any alcohol.
What gives you the energy to stay on stage for such long periods?When I was little, I enjoyed playing football. When I am at home, I use a bike to travel around. So you can say I am used to exercising and like to stay fit. When I started in music, the people that we started with were on stage for very long periods. So when I feel like performing, and there is time, I will not walk away from the stage. But when I am tired, I tell the group that we are not taking bookings for so many weeks. But if I am fit, I enjoy what I do because we have families to feed.
Are you enemies with Tongai Moyo?It’s all lies, just talk by people. I chill with Tongai kumaraini, we laugh together. I sing Samanyemba and iye anoridza Charakupa. People talk a lot; it’s not in my nature to pick up fights with people. The Macheso/Tongai beef is a myth. Things are not always as they seem, and what people say isn’t always true.
For example, people say a gunguwo (ingqunqulu) is a coward because it flies highest, but how many of them have died? You rarely see their carcasses! Then you hear others saying the hare is the cleverest animal, but how many have you seen being salted, ready for eating after being hit by cars? I would rather be called a coward and live happily. As they say all the heroes are dead!

Alick Macheso is a truly talented musician. What impresses me most is his humility to his fans despite his tremendous success. The beef between him and Tongai was fuelled by Tongai's fans who led him to believe that he was an equal to Alick even when all the evidence points otherwise. It led him to release his Toita Basa album same week as Zvinoda Kutendwa, which backfired even though the latter had been pirated heavily. I listen to both musicians, but it annoys me when people try to compare the two. Five albums down the line Alick had sold over one million copies in Zim. Whilst the rate at which he releases album can be improved, I would rather have one album with six good songs every two years than one poor one every year.