The band that found Chiwoniso: Peace of Ebony 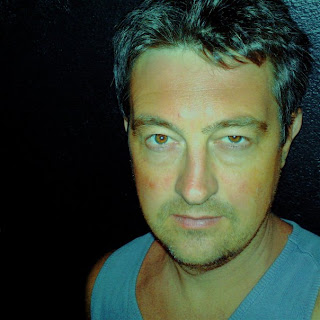 When Zimbabwean music history will be told, one name is most likely to be mentioned –that of Keith Farquharson. He is the lanky white guy who thumps the piano in Cde Chinx early music videos as Barrel of Peace. He took Chioniso Maraire into the first ever Zim hip-hop group, Peace of Ebony, when she returned to Zimbabwe from the US. The group they formed was a multi-cultural outfit which, for some years, ruled the roost with the song From a Native Tongue.
Keith is now in South Africa and in 2007; I sent him an email which he promptly responded to. Below is his story.

A young man, who later became Zimbabwe's most celebrated key-board player, songwriter and producer, operated a home studio in one of Harare's suburbs.
Keith Farquharson's studio, Barrel of Peace, was not sophisticated as other studios but it enabled him to lure other youths that had music in their blood.
First to come was Herbert Schwamborn who was introduced to Keith by another great musician, the late Joey Steblecki. Next came Tony Chihota and later Chioniso Maraire who was 16 years at the time such that Keith had to seek permission from her father, the late Dumisani Maraire, for her daughter to come to the studio.
With this grouping, a studio project later named Peace of Ebony was born in 1992 with Keith as the leader of the multi-ethnic cast.
The name showed the composition of the group that would later have two Zimbabweans, a German, an American, a Russian and a Malawian.
The group was undoubtedly the first to play rap music using mbira and marimba as the basis of their beat.
It also defined and refined what is now the internationally recognised African rap music 'Where local languages are used since their music was in English, Shona and French.
Their first recording was the internationally acclaimed album titled From The Native Tongue, a blend of hip-hop dance groves with mbira and marimba that was recorded in South Africa under the Teal Tone' label.
A top South African producer, Devereux Harris, whose company was heavily involved in the formation and running of the immensely popular Channel 0, made the video for the song From a Native Tongue.
Off this album were two immensely popular songs, Don't Slow It Down and Give It All Up that caused quite a stir especially in South Africa while the title track left a mark in Zimbabwe.
Soon after the release and the success of the From A Native Tongue, Phiri and the former Miss Zimbabwe, Karen Stally, joined the group and were involved in the recording of the track Vadzimu in 1994 that was written for the Radio France International Discovery Competition.
The group's involvement in the "Les Decouvertes" competition was through the Alliance Francaise Harare's instigation after recognising the vast talents in the youths.
And indeed, the group went on to win 'Best New Group out of Southern Africa' award and were invited to Madagascar where they played at the award presentation ceremony.
After their performance, the French-based Company, LusAfrica SarI, later offered them a recording contract.
Tasting success at tender ages, the members agreed to mutually split soon after the Madagascar adventure when each one of them sought to pursue their academic studies and solo careers.
Herbert Schwamborn went to South Africa to work with Harris and eventually became a Channel 0 video jockey and presenter.
Now calling himself Metaphysics, Herbert has released two albums - Digital Garden and Black Butterfly and is touring with Germany's most popular pop/R&B artist Xavier Naidoo.
Known also as Laygwann Sharkie, Phiri has just released his first album "Mysteries of the Forbidden Flow".
A member of the regional musical grouping Mahube together with Oliver Mtukudzi and Steve Dyer, Phiri has also toured Germany and Holland.
Originally from Malawi, this is one man who can boast of a vast knowledge of African rhythms grossed from time spent in Zimbabwe and South Africa.
In Zimbabwe, Phiri was the steering force behind Wells Fargo in the 80s before he returned to Malawi where he was part of the group Kalimba Makasu.
When he moved to South Africa, Phiri played as a session musician with Stimela before teaming up with Kampi Moto who is from the Katanga Province in Congo.
The duo was South African Music Awards' Best Duo Group for 2001.
Keith, who is currently producing a new CD with Chiwoniso that features several top musicians including Louis Mhlanga, Ian Hillman, Sam Mataure and Steve Dyer, has worked with quite a number of Zimbabwean groups.
He was part of the popular Ilanga band together with the late Don Gumbo, Andy Brown, Busi Ncube, Comrade Chinx and Adam Chisvo.
In 1995, Keith brought Chiwoniso to Andy Brown who was recording an album; Let the Children Play, in his (Keith's) studio as a replacement of another female vocalist who had left.
Brown, who was working from South Africa at the time, left for a few months and when he returned, he requested Chiwoniso to be part of his band, The Storm.

Using the skills gotten from her early days as a 16 year-old hip-hopper with Peace of Ebony, Chiwoniso later released a debut solo album titled Ancient Voices that was recorded at LusAfrica SarI in Germany.
Working together, Keith and Chiwoniso were involved in the movies More Time and Everyone's Child where the former was the songwriter and producer while the latter was the performer.
The members went their separate ways but the Peace of Ebony spirit still lingers such that today there is still some joint efforts taking place.
Posted by wonder at 11:44