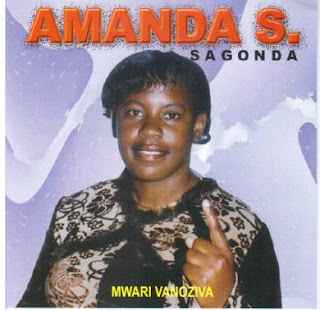 There are Zimbabwean musicians who can easily be forgotten and one of them is Amanda Sagonda.
When I last spoke to her at the Aquatic Complex when she was a supporting act for Baba naMai Charamba’s afternoon show, Amanda said she was working hard to return.
She has not returned. Her hope is shared by many Zimbabwean musicians who have never returned.
As for Amanda, judging from her puerile compositions, hoping for a return is asking for too much. Her fans must just accept that she was some kind of terrestrial body that passes by once in 400 years.
But she entertained during her two years of fame after taking internship with Baba Mechanic Manyeruke in Chitungwiza where she grew up in the 1980s.
Her songs, Jesu i-number 1 pushed her a few rungs up the ladder to gospel music superstardom while Mwari Anoziva further elevated her standing in the world of gospel.
Amanda was made to believe that she had a bad voice when she was a young girl. And this kept her away from any choral activities.
But then when God called, she defied all odds and negative comments and took up ministering through music.
The former secretary went on to roll out four albums in four years thereby pushing her into the limelight where she stood tall with the likes of Olivia Charamba and Ivy Kombo.
Born in 1981, Amanda attended Zengeza 8 Primary School where she could only play percussion in order to satisfy her musical thirst.
When she received Jesus Christ, Amanda spoke about being miraculously cured of headaches and receiving blessings from God.
An example being that, unlike with most other artists, it was not a problem for her to strike a recording deal for her first album, Ngatimunamatei that, however, did not sell well.
Working with Mechanic Manyeruke who also stays in Chitungwiza, Harare’s dormitory town that is about 25 km from the capital, Amanda was well tutored to stand on her feet in what could sometimes be a harrowing challenge for many people.
I last heard about her staying in Chiredzi with her husband.
Posted by wonder at 06:38