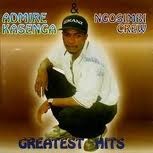 I never had the chance to meet Admire Kasenga but later met his wife after a disagreement with some group members who were using both her husband’s songs and band name.
Although this was years after Kasenga’s death, the row over the name of the band was fresh and alive. I am not sure what the solution was over the issue but it made me research on who Admire Kasenga was and why years after his death, his wife and group members were fighting.
This is what I found out about Admire Kasenga; his musical career was one nurtured in Zimbabwe’s rural areas where the late artiste spent part of his life.
Born in Karoi where he did his primary education at Mashongwe School before moving to Guruve for his secondary education at Chitindiva School, Admire started off with his ‘homeboy’ Mitchell Jambo and Marunga Express playing bass guitar in 1990.
Three years later, he found a job at Madzekas Hotel, a Mutoko country hotel as a cleaner. Madzekas is about 140km from Harare along the Nyamapanda Road. His chance came when the hotelier sought a musical group that would provide entertainment for patrons and Admire, who had not shown his interest in music stepped forward and offered to do the job.
The hotel management could not believe him but on second thoughts decided to put him on trial while retaining him as a cleaner. Seizing that chance to prove himself, Admire and a group of boys he had picked from the community, whom he knew were good musicians but had not been given opportunity, struck out in full force.
The group’s fame and popularity spread and the delighted fans jokingly referred to the group’s music and style of play as ‘simbi’. Then later the name Ngosimbi Crew was coined from the Chibudya dialect.
When Bothwell Nyamhondera, renowned Gramma/ Zimbabwe Music Company producer, heard about this group, he auditioned it and their debut album, Masweetsixteen came in 1993 but because he was coming from the backyard of Harare, this great piece of work did not attract much attention from radio or print media.
Aware of how difficult the music industry was, Kasenga released a second album, Auntie Rhoda that struck a rich vein with the popular track Pamuchato WaTobias that was put on video. The radio and the print media realised the potential in the artiste from Mutoko and just as well the album sold quite well at a time when sungura groups such as the Ngwenya Brothers were hot on the scene.
But still, despite all this, Kasenga remained virtually unknown by the city folk and in 1997, he moved to Harare and set up camp in Dzivaresekwa. This move helped to expose the group to the club circuit and the Ngosimbi Crew became part of the city musical landscape as they later released other albums that sold well than his earlier works.
Perhaps Kasenga’s greatest gift was in composing songs that sought to remind people about the virtues of the African culture. In Auntie Rhoda for example, Admire talks about respecting elders and encourages the youths from calling their elders by first names. His other song Chikumbiro was a plea to God to help in finding a cure for HIV and Aids and this song is a prayer that almost everyone is saying silently.
For Admire to succeed in Harare with its many musicians, whose roots are firmly set, was a clear sign of how good he was. To remember him and keep his music alive, Gramma Records released a Greatest Hits album in 2005.

Thanx Wonder. I enjoyed Admire's early shows at Dzekasburg, or Madzeka, in Mutoko in the mid-90s and he was truly gifted.

Great, thanks for sharing the story of the late great.