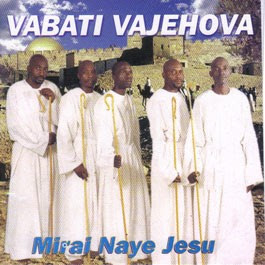 They came together to sing and raise money to help families whose members died in a road accident but today, Vabati VaJehova have themselves been slowly decimated by death. The group is still on but the old seasoned voices are gone - Wonder Guchu

I ran into Vabati VaJehova in the Avenues area. They had an office where they sorted out their cassettes for sale at flea markets across the country.
It was just before murambatsvina and business at flea market was very brisk. There were all there – the Magaya brothers Wiseman, Timonthy, Mamelodi, Kumbulani and Samson Tawengwa.
It was a small office but Wiseman said then that it was all they could afford.
Yes, he told me, music was a tough business and artists had to take it up upon themselves to make sure they make a life.
Wiseman said because record companies were not doing enough for musicians, they had taken it upon themselves to market their CDs.
When I walked out of their office after the interview, little did I know that two years later, Wiseman would be dead – he suffered a short illness. Little did I also know that his young brother Timothy would also be hit by a lorry along the Harare-Masvingo road at Rosalum Store in 2009.
And talking to them, I never sensed that one of them Tawengwa would walk out on the group in May 2009. This was not the first time Tawengwa had walked out on the group.
Today the group is led by Mamelodi, his brother Richard and new members among them their cousin Denzel Tapera and a friend Tonderai Chakwena.
This group will down in history as one that inspired the formation of various other groups such as Apostolic Melodies, Apostolic Holy Vibes, Ruwadzano Apostolic Church, Vabati VeVhangeri and Vachemeri vaJehovah.