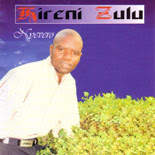 Club M5 in Westlea Harare was Kireni Zulu’s favourite spot. The club is at the top of shops and to get there one has to go up a flight of concrete steps.
I got Kireni Zulu’s invitation through a very close friend who had become the solo guitarist’s number one fan. I had heard about Kireni and listened to his music before then.
The friend, Toendepi Shone who is now the MDC director general convinced me and I agreed to go along. To start with, I hate small bars where people pack themselves like sardines. This is what M5 is – a narrow corridor where there is no enough space for movement when it’s full. Second, Westlea was a new haunt for me. But for the sake of my job, I went along.
Indeed, we arrived before the place was full but Kireni was already strumming his guitar. He was seated on a high stool by the window. There were some speakers, and amplifier and his guitar. That was all. Oh, there were also two lady dancers and backing vocalists.
On the window ledge was a bottle of Fanta. From time to time, Kireni would stop to take a sip and say: “Tiri pano navana Mukoma vedu tichinwa fa-fa-fa-fa-fa-faaaaaaaaaaaaaaaanttaa!
When I was introduced to him, Kireni was delighted. And that meeting marked our long lasting friendship.
With time I got to know all of Kireni’s jokes. One of my favourites was the one where he says a husband and his wife were raped. So after the rape, the wife said to the husband: Saka manyengwawoka nhasi?
Indeed, Kireni’s performances were more than gigs. They became some kind of informal gatherings where the fans would also be given time to showcase what they can offer.
So whenever I pray Ndichakuvaraidza, I visualise my friend Shone on the dance floor. And Kireni would ask people to clear the dance floor for Shone before playing the song.
Kireni’s popularity grew despite the fact that he plays simple music. Then M5 became small for him. He then landed at Jazz 105 where he would also play before a capacity crowd.
My first impression of Kireni was that of a small man (indeed he is a small man) with a big mouth. Of course, he talks and that’s why he manages to hold his fans spellbound for hours on end.

Last Easter Oliver Mtukudzi was playing at the Harare International Conference Centre while Alick Macheso and Hosiah Chipanga were at Pamuzinda Xscape Highway.
These venues are within a 10km radius of Club M5 in Westlea where, on the same day, the solo guitarist Kireni Zulu was doing his own thing.
Although Club M5 accompanied about 100 people it’s not easy rare for an artist to fill the auditorium when Mtukudzi and Alick Macheso are playing in the vicinity.
The other weekend, the resurgent musician Kenneth Chigodora failed to attract more than 20 people at the same venue when Macheso was at Warren Park 1’s Blue Venus.
And then Daiton Somanje had to entertain less than seven people in Glen View 1’s Club Penyai when Macheso was at Club Lashers at Budiriro 1.
Both Mtukudzi and Macheso have huge followings but Kireni has built his own following. And his fans love him such that every joke he cracks is received with loud applause and every song he plays draws many onto the dance floor.
“I have understood where other guitarists who preceded me went wrong. Of course, they were great considering that entertaining a crowd for more than 10 hours is not an easy task. But there were things that they did not do. These are the things I am adding to my act,” he told me during the break.
He added, “I plan my shows beforehand. I realised that every show has to be different. I strive to bring new material for every show. I know that people love my jokes. But then they cannot come to hear me saying the same jokes 1o times over. I must, therefore, create new jokes and surprise my audience.”
These new ‘things’ which Kireni introduces have seen the numbers of people who follow him grow and some have special songs played for them. This interaction makes the solo guitarist’s shows more than just live shows but family gatherings where people are brought together by music, laughter and the joy of being alive.
“But it is not easy to play the guitar alone. Perched on a high stool with drunken people all over the place, one has to know how to communicate with them because one silly mistake leads to enormous consequences.
“For example, I cannot sing about the bad things the beer cases when I am entertaining guzzlers. I can’t also sing about prostitution when most of my fans are women.
“But I sing about HIV and Aids because we don’t want to see people dying. I sing about it in a clever way that does not scare or make people hate me. I would not have performed if I end a show without singing about HIV and Aids.”
The boy from a farm in Zvishavane who taught himself how to play the banjo has, from 1976, travelled a long road to achieve the success he enjoys today.
“I used to steal my elder brother’s banjo which he kept in the eaves of our hut in Zvishavane. I would then find a secluded place where I played the instrument. One day, I was asked if I could play.
“They were not sure and after grumbling, they gave me the banjo and I played it with confidence. My brother sang while I strummed. With time, I became a relief player,” explained Kireni.
From the farm, the family moved to Mazvihwa. Then Kireni and his brothers left for Rimuka in Kadoma when the war of liberation intensified.
In Kadoma, Kireni helped his brothers in the family photographic venture while honing his guitar playing skills. With Rimuka being close to Harare, Kireni who was an avid listener of the then Radio 2, one day he responded to a call for solo guitarists to record with the broadcaster in 1991.
‘I travelled to Harare where I recorded my songs – Mwedzi Unopererei, Masquatter- and Zvinosanduka.
“One of my elder brothers invited me to come and stay in Harare in order to pursue music while taking pictures. It was then when I met Clive Malunga during the Jenaguru Music festivals at Gwanzura. Clive took me to Record and Tape Promotions and then to Gramma Records but both advised me to form a group,” he remembered.
In his bid to form a group, Kireni said he approached Baba Mechanic Manyeruke who gave him his band – the Puritans – to work with.
With the Puritans, Kireni went for auditions at Gramma where he sang Mwedzi Unopererei and Musha Uri Kudenga but still the record company told him that his music would not sell.
“I returned to Baba Manyeruke who told me that he had done what he could. Simon Pashoma (Radio 2 DJ) introduced me to a newly formed record company called Mutema where I was asked to record all my songs which were accepted at the Zimbabwe Music Corporation.”
The songs he recorded were compiled into his 1998 album titled Panyika Pano and in 2000 Mazai Adhimba followed.
In 2001, Kireni weaned himself from Mutema Studios and signed a contract with ZMC after which he released Mupata Wachidembo with Nyevero coming up later.
His latest album, Marabi Music has proved to be a perfect product that augurs well for marabi music.
“Marabi music is music played by one man using a three-stringed guitar. One can have many dancers or backing vocalists but as long as there is one guitar the music remains marabi.
“I have retained the guitar and added backing vocals. I know my fans want my music to be like that,” he said.
Posted by wonder at 03:32