First Farai comes across as immature, all talk no action 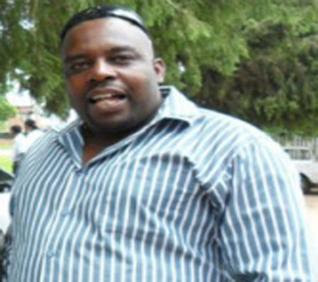 There is already talk that First Farai, self confessed admirer of the late Tongai Moyo will take over Utakataka Express. In an interview with my former colleague and successor at The Herald, Ruth Butaumocho, First Farai does not come out in the open when asked whether he would be glad to take over. But knowing First Farai as I do, bar what Hosiah Chipanga said about him taking some money meant for Cephas Mashakada’s chema, the dude from Chinhoyi lacks stature.
I have known First Farai for quite some time now just like I have known Somadla Ndebele. What First Farai lacks is maturity.
He tells you one thing and then does the opposite. He is too much talk and little or no action.
For example, after the accusations of taking money, First Farai rushes to the media saying he would compose a song called Mari Yechema.
One must follow his claims in the Hmetro where he enjoys free space to peddle his imaginations. In one story, he claims to be a farmer; in another he wants to act and then his wife has a second child.

Shamva music promoter, Jose is a huge man. He is a small time businessman trying to bring Shamva closer to the world of music. He is also the kind of man who can just call you and speak as if you know each other from a long time ago. So one weekend he forced me to travel first to Glendale where First Farai was performing at Tsungubvi Beer Hall.
The beer hall is a big structure that has lost its appeal because of years of neglect. The concrete benches are chipped and cracked. There is an atmosphere of decay everywhere. Even the people especially the youth who come to quench their thirst here seem to have given up on life.
Glendale started decaying when the cotton ginnery, the only viable industry, closed down. Then the surrounding farms were taken over and the workers trekked into Glendale. It’s a dying town under its own red dust.
Although Glendale is only 20 km from my village, I have never stayed there. I only pass by and I know how it used to be. I also know how the bar used to be.
So when Jose forced me to see how he was changing Shamva and Glendale into musical zones, I agreed.
And First farai is also a huge man but not as huge as Jose. The show was supposed to start at 7pm but First Farai took his time just like a real celebrity. The people waited drinking and hoping.
When he made his ‘grand’ entry clad in a shiny suit, First Farai had a hero’s welcome.
I was not surprised because First Farai grew up in Chinhoyi, another farming area.
Of course, First Farai can’t sing. He does but there is always disjointedness between his voice and the instrumental arrangements. This is what sungura has become – some high pitched voice wailing over sluggish instruments. It’s no longer what John Chibadura brought. Neither is it what the Chimbetus pioneered.
His fans, who never have such a chance of attending a live show, wailed along and danced their hearts out.
After the show that ended around 11pm, First Farai told me that he was not stopping but moving on like a speeding train.
From then on, he would come for interviews which I never gave. I had and still have the feeling that First Farai needs refinement.
To me, First Farai comes across as a confused breed of musician. At one moment, he prides himself on copying Tongai Moyo. Then he gives this impression that he is his own man. There is also a strong dislike of Alick Macheso in him.
Like most small time musicians, First Farai has this thing of cosying up to you and then thinks that you have to write anything about him or defend him.
So when in 2007 a story about his 7 band members staying in a single room in Chitungwiza came, First Farai called me asking whether we would run the story. I said we would. And he went into the ‘mudhara but mudhara’ mode.
The story ran. And then came calls. We had never received so many calls about a story. I became suspicious. The calls only stopped when I asked whether the caller on the other end whose voice sounded like a small boy's was First Farai.
Farai had just relocated to Harare then when part of his life showed some improvement. So he thought Harare would give the magic wand. It did not. First Farai lived on the edge of poverty but he would never admit it.
Maybe, one such sign is the allegations that he stole condolence money during the late Cephas Mashakada’s funeral. That too did not surprise me.
But who is First Farai?
His real name is Farai Batanai. He got his ticket into the music industry in 2003 when he rode the International Music Crossroad train into fame.
Just like many others, First Farai just like Nicholas Zakaria, Alick Macheso, John Chibadura and many others was tutored by Shepherd Chinyani (see story) when he came to Harare from Chinhoyi in 1995.
In an informal discussion, First Farari told me that he heard about Music Crossroad in 2002 and decided to try. He went through and travelled to Dar es Salaam in Tanzania in 2003.
His debut cassette was recorded at Prince Tendai’s High Density Studios.
But when he failed to sell well, he sought out Somandla Ndebele for help. He was shown doors to Gramma Records.
First Farai is one of many who are being accused by Alick Macheso as copycats or vana murondatsimba. Of course, he does not agree to this but instead admits that he plays like Tongai Moyo.
“I don't deny that I am really inspired by Tongai and I do emulate a lot of things about him and his musical career.
Just to show how much the guy inspires me, I have even penned and recorded a song in his praise titled Dhewa Maoresa from my album, Mbangambanga. Dhewa, on the other hand, penned a song "Varikumusha" that I went on to record, as a sign of comradeship,” he told Ruth Butaumoto, my successor at The Herald. “If that alone makes me a copycat, then I make no apologies for it. But those in the know will tell you that my product is very different from Dhewa's.”
He denied that his members went on hungry. Some of them came to give us a story in 2008 saying they were not being paid well but First Farai denied it accusing them of embarking on a smear campaign.
Posted by wonder at 12:16