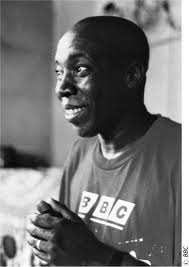 Musicians such as the late James Chimombe, Susan Mapfumo, Fanyana Dube, Simon Shumba the comedian, the Chimbetu brothers - Naison and Simon Virginia Sillah and Lovemore Majaivana were at one time members of the prestigious rhumba outfit.

In the 60s, when blacks in the then Rhodesia were experimenting with a number of music genres in search of their own beat, rhumba music became the default option.
The OK Success, one of the many Congolese rhumba groups that toured the country stayed forever and became part of the Zimbabwe's musical landscape when it absorbed within its ranks a number of Zimbabweans who later became great stars in their own rights.
Musicians such as the late James Chimombe, Susan Mapfumo, Fanyana Dube, Simon Shumba the comedian, the Chimbetu brothers - Naison and Simon Virginia Sillah and Lovemore Majaivana were at one time members of the prestigious rhumba outfit.
With these Zimbabweans, the OK Success released singles such as Baba VaBhoyi, Sekuru, Amai, Lupwai Abwela, Gore Rakapera and Mudiwa Mary.
Baba VaBhoyi and Amai were composed and sung by the late Susan Mapfumo while Sekuru, Gore Rakapera and Mudiwa Mary were penned and sung by the leader of the group, Andrew Ngoyi.
In 1976, the group released one of its brilliant songs titled Amai in which Susan Mapfumo complained about having been forced into a disastrous marriage that was collapsing.
In 1980, the group released a song that celebrated the attainment of independence - Comrade Mahwina (Thfara).
Ngoyi, John Mwale and Joseph Kishala and others founded the OK Success in Limpopo now Lumbumbashi where another popular rhumba group, the Limpopo Jazz Band that also toured and later stayed in the country, was formed.
Joseph was born in the then Rhodesia to Zambian parents who later returned to Zambia after that country’s indepdenence. He then went to Zaire where he teamed up with Ngoyi and others.
The group then-came through-Zambia on its way to Rhodesia in the late 60s and was the resident band at the then Simba Club (now Livewire) before it became the El Morocco and then the Jobs).
To fend off stiff competition from local groups such as the Great Sounds, the OK Success had to recruit local dancers one of whom was Virginia Sillah, who later married Greenford Jangano of the Harare Mambos, and three others.
But during the 70s, original members of the group started leaving and in order to survive, the group had to recruit more local members.
This saw the likes of Chimombe, Susan Mapfumo who had previously backed Thomas Mapfumo, Fanyana Dube who had started his career with the then Jairosi Jiri Sunrise Kwela Band and others who came and left after a short period.
With a local line-up, the OK Success started releasing singles in Shona and this gave the group a chance to compete with other groups that were reigning then.
While the recruitment of locals was a good thing, it later diluted the group's type of rhumba such that when independence came, it was just another rhumba group struggling to survive.
When Mushandirapamwe Hotel in Highfield hired the group in the early 80s, two young musically gifted young men who were seeking a breakthrough were sent by a producer who had discovered them singing in a Dzivaresekwa bar to see Joseph Ngoyi for help.
It was with Ngoyi's help that the late Naison and Simon Chimbetu recorded their first single Nherera with the backing of the OK Success although they used the name Marxist Brothers.
The brothers' relationship with the group ended when Ngoyi and other members of the OK Success were thrown out of the hotel by management for refusing to back the Chimbetus.
Chimombe left then to pursue a solo career before he joined the Ocean City Band whose members had deserted the late Safirio "Mukadota" Madzikatire.
It was at this time when the comedian Shumba or Mutirowafanza had a stint with the group that did not last long afterwards. Ngoyi, who used to stay in Mbare and was last seen in Bulawayo, kept some of the instruments, which he loaned to aspiring musicians in the suburb.
Although Chimombe or Susan Mapfumo never played pure rhumba, there is evidence that the Chimbetu beat borrowed heavily from the OK Success' because when they started out, neither of the brothers could play any musical instruments.
Posted by wonder at 09:41