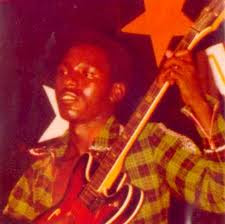 So much has been said about the late Jonah Sithole, Leonard 'Picket' Chiyangwa and Ashton 'Sugar' Chiweshe as the people who helped Dr Thomas Mapfumo to define and refine Chimurenga music.
But nothing has ever been said about Joshua Hlomayi Dube, the man who was with Mapfumo way back in the early 1970s when they formed the Hallelujah Chicken Run Band in Mhangura together with Lovemore Nyabeza, Daram Karanga, Robert Nekati and Elisa Jingo.

Dube, a cousin to Jonah and Aaron Chiundura Moyo, is probably one guitarist who had stints with as many groups as he could join at the time before forming his own group, Shangara Jive just months before he died in 2002.
There was the Hallelujah Chicken Run Band, Limpopo Jazz Band, the Blacks Unlimited, the African Herb, Devera Ngwena Jazz Band, Farai Pio Macheka's Black Ites, lInd Ephat Mujuru's Spirit of the People, among others.
He worked with Mapfumo from the 1970s and together with Sit hole, whom he had met in Kwekwe, defined the distinct mbira on guitar.
Dube was to do the same with Pio whom he set up as the chimurenga prince, a dream that died when he left him to form his own band.
Maybe it was because of this that Pio has never redisscovered his glory and is slowly sliding into oblivion.
Dube's working relationship with Mapfumo started in 1972 when he co-wrote Ngoma Yarira, Mapfumo's first single with the Hallelujah Chicken Run Band and ended in 2001 when he toured the US with the Blacks Unlimited whose base is now in Eugene, Oregon.
Because it was an on-and-off relaationship, Dube had the time to move on with other groups notably Devera Ngwena Jazz Band with Jonah after the split with the other three members of the original group.
Jonah is a good musician but credit should also be given to Dube who stood by him when times were tough and rough by playing the lead on a number of Devera Ngwena's albums done after the split.
The late Mujuru too had the oppportunity to work with Dube on his album Magariro. They even toured the US together.
Like many other great musicians beefore him, Dube reaIised rather too late that he had the capacity to form his own group and promote shangara dance that was popular in his home area, Masvingo.
With shangara jive, Dube tried to heljJ educate the world by promoting dances he thought were being negglected.
Just like what he did with mbira, he also wanted to use the electric guitar in rejuvenating and re-inventing shangara.
Dube grew up on Shoe-Shine Farm in Gweru together with playwright and novelist Aaron Chiundura Moyo.
Aaron and Jonah's father was a great musician in his own right who hosted tea parties where some of Zimbabwe's legendary nomadic fuitarists like the late John White played.
From the farm, Dube moved to Kwekwe where he met Jonah, whose brother had played with the Jairosi Jiri Kwela Band, and was at the time with a rag tag group that entertained guzzlers in beerhalls.
As juniors then, Dube and Jonah would sneak on stage during the break and in a small way do their best to entertain.
Posted by wonder at 10:21

My grand-uncle (grandmother's brother). Glad to hear of such interesting stories, some of which seem to have disappeared into the dark caverns of history. Thank you for this, for telling his story.