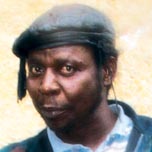 I have met Cde Chinx twice. The first time was in 2003 when I was writing for the Standard. The first time was in my office down-town Harare.
The second was when he came to Herald offices to complain and ‘put the record straight’ after reports that his house illegally built in some undesignated part of the city was demolished while he begged. There were also reports that he was beaten when he tried to stop the demolition crew. He said all the reports were false.
I have also heard about him a lot. The latest were reports that he had resorted to illegal fishing in Lake Chivero.
The polygamist who fought in the liberation war claims he is yet to benefit and that only those who ‘refused to go to war’ benefited.

‘Things are not working well but I know that is the way it is.
‘You cannot expect things to go the way you like all the time but I believe my time shall come.
‘I tell you, by 2015, I will be singing a better song,’ said Chingaira.
‘I have a farm but there is no electricity to do serious projects.
‘I am looking forward to starting poultry and piggery projects as soon as we have electricity.
‘We are also trying to set up irrigation facilities to facilitate the opening of more projects. At the moment we are just farming on a small scale and this new fishing project promises to be a lucrative venture. ‘I think it will take us somewhere.’

Cde Chinx is one of many musicians whose dip in fortune are mistaken for their support for Zanu-PF yet when most of the musicians accepted the invitation to sing for Zanu-PF, they were already on the down-slide.
Take Simon Chimbetu, for example, his fortunes had started waning when he released a remix of his old songs. Andy Brown too had his career dead when Chioniso Maraire and the late Mendy Chibindi left his group. And Cde Chinx never had a real musical foothold after the death of Ilanga.
In a way, the Hondo Yeminda campaign put some of the artists back on the radar.
But Cde Chinx, Hondo Yeminda was a continuation of the struggle he had started while in Mozambique when he teamed up with Cde Max Mapfumo who turns up for the Jupiter Kings to inspire the cadres. After the war, Cde Chinx was part of the Zanu-PF choir that had the likes of the late Ketai Muchawaya, Knowledge Kunenyati and Marko Sibanda.
Growing up, Cde Chinx never conceived of himself rising to become one of the finest musicians in Zimbabwe for he wanted to pursue an academic career.
Born Dickson Chingaira in Rusape, Cde Chinx’ interest in music started at Chigora Primary School.
On completion of secondary school Cde Chinx got a place to study medicine overseas but he failed to get travel documents and the whole plan failed to materialize. He had always wanted to be a doctor thus he was frustrated when his father who was a carpenter could not raise enough money to send him to a school that could allow him to pursue his dreams.
He then took up a job in 1974 with an engineering plant in Msasa, Harare earning $7 a week but was very unhappy there as his white South African superiors kept calling him names such as terrorist, kaffir, and gook.  This constant abuse forced him to leave his job without giving a proper notice and in 1976, Chinx left for Chimoio in Mozambique to join the liberation struggle.
When he arrived at Chimoio, one of the commanders Cde Mhere Yarira remarked that their group was jovial and as such they should form a choir. The choir that was formed was called Takawira in honour of the late nationalist Leopold Takawira. Takawira choir became just but one of many other choirs which boosted freedom fighters’ morale during the war. Cde Chinx had joined the guerrillas with the sole aim of liberating Zimbabwe but found himself leader of the then Takawira choir which in no time changed its name to Zanla Choir, which acted as a morale booster for the fighting cadres when Cde Mhere Yaraira who led the group was transferred.
Choir that was an amalgamation of all the choirs which had been active during the war. The Africans had but only won political power otherwise economic power was still in the hands of white Rhodesians as was to be reflected but the turn of events in Chinx music career. Choirs were regarded too protest and radical by recording studios that were there at the time and this forced Chinx to change from the genre he was into to more contemporary music. He then went on together with Keith Farquarson to form the group Barrel of Peace. Teaming up with Bennie Miller they recorded hit songs such as Ngorimba, Zvikomborero and Marching.
Latter on they joined Ilanga, a group that was formed in 1986 by musicians who had ganged up together from their various groups. After a short stint with Ilanga he moved on to team up with Mazana Movement Band and then later with Mazana Movement Black Spirits.
This led Chinx to form his own backing group in order to promote his music commercially. It was not until 1989 that the Early Hits album of Comrade Chinx was released. His most outstanding hit, Roger Confirm stayed on Radio 3’s Hitpick charts for 25 weeks in 1989 and early 1990.
Apart from being an innovative musician, Cde Chinx is a great songwriter whose songs are timeless classics. Vanhu Vose VemuAfrica for example captures the essence of humanity and unity in the face of injustice and unfairness.  Every year during the Heroes and Africa Day holidays, all radio stations in Zimbabwe play Comrade Chinx’ liberation songs. His song, Vanhu Vese VemuAfrica was voted the Silver Jubilee Award for the Most Inspiring Song of the Liberation War during the 2005 National Arts Merit Awards.
Getting awards is something Cde Chinx has learnt to live with; in the early 90s he also got a double from MNET Africa for the movie Flame in which he played a major role and had his song, Maruza Vapambe Pfumi which then won the best soundtrack. All this shows that Cde Chinx is a force to reckon with in the Zimbabwean film industry.
Cde Chinx’ role is not only confined to the war of liberation where as a choir master, he soothed sore hearts and comforted bruised minds but even after independence when he used his skills to further talents. He has proved to be dynamic and his ability to move with time as well as his experiment with sound as in his genre called Ngorimba has indeed placed him at a level parallel to none in the Zimbabwean Arts.
Yet today, this man who, although did not go out to the war-front – did as much through song. Today, Cde Chinx is the laughing stock of both musicians who took part in the Hondo Yeminda campaigns and the war of liberation.