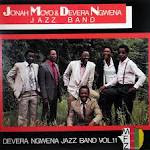 A number of things happened in 1979 musically.
Job Mashanda was riding high with his Amai Mandigona super hit which he did with the backing of the Muddy Face Band. Oliver Mtukudzi had Ndiri Bofu doing the rounds.
At that time too, two local rhumba groups emerged – Devera Ngwena Jazz Band fronted by Jonah Moyo and Mashura and the Okavango Boys.
While the Devera Ngwena beat was calm, controlled and penetrating as shown in their debut single Devera Ngwena Zhimozhi, the Okavango Boys’ beat in Andrea was fast and danceable.
It must be pointed out that the Devera Ngwena and Okavango Boys’ music were the first home-grown rhumba-like beat. The OK Success had bent over 360° from producing central African rhumba to afro-pop in their songs such as
Jonah Moyo who formed and led the Devera Ngwena describes his music as Tsavatsava. But those who know music will describe the music as a crossover from cha cha cha to some mild form of east African rhumba. Some would call Devera Ngwena’s music sungura. But sungura is dominated by the bassline yet Devera Ngwena’s music has the lead guitar defining it.
Today, however, it has become a tendency to lump together songs which people find difficult to define as sungura.
But I had the opportunity to meet Jonah in 2006 at Jazz 105. His brother Aaron Chiwundura Moyo who is my friend linked me up with the great musician.
Jonah had just visited from South Africa where he has been based since his star started to dim a few after the split of the band over a disagreement on leaving the mine in 1985.
Yet Jonah’s first steps into music were not so much for money or fame but girls. Working and staying on a farm in Kwekwe, Jonah says he started out playing the banjo to win over girls’ hearts. When he left Horseshoe Farm for Kwekwe, Jonah realised that he could indeed make music not for the girls but for the nation.
Later, he found employment at Gaths Mine and played in the mine’s band called the Gaths Mine Welfare Band in 1978. Just like the Hallelujah Chicken Runn Band, Gaths Mine Welfare Band was for entertaining mine workers. Most of the band members also worked at the mine and only played during certain times. Jonah was a clerk.
The mines owned the instruments and took all the proceeds from shows or recordings if there were any.
The Gaths Mine Welfare Band had as its members: Innocent Bitu who had had a stint with the Jairos Jiri Band; Biggie Phiri and Robson Banda who later left in the early stages of the Devera Ngwena to form the Black Eagles. Jabulani Bitu came in for Banda.
In the case of Jonah Moyo and the Gaths Mine Welfare Band, they were not supposed to record or play outside the mine compound until one night when the group played before more than 500 people. This was more than enough evidence to the mine owners that the group could make money for them if they allowed it to play outside and record.
Even before that, Jonah had secretly approached Teal Records (now Gramma) for recording but it was after the relaxation of the contract which saw the group taking up the name Devera Ngwena Jazz Band in 1979.
This was when the group unleashed Devera Ngwena Zhimozhi which tipped the scales at independence. There was not much to the lyrics but a celebration of music and life. Devera Ngwena Zhimozhi/ Chimbo chinofadza vakuru nevadiki/ Devera ngwena Zhimozhi. But somehow the beat caught up with people and set the tone for all their happy-go-luck type of music. And from 1979 till 1986/7, the group would release about two albums per year and sell in hundred thousand. They came in form of Anoshaina Nemabhebhi, Nhai Gremma, Taxi Driver and Wangu P. But it was the group’s Solo naMutsai which showed how good and different they were from the rest.
The group usually sold in the excess of 50 000 copies and their song Ruva Remoyo Wangu hit through the ceiling – most probably the first ever after independence to sell more than 120 000 units.
But years of playing and selling had not translated into anything meaningful for the band members. The mine still took all the proceeds and paid the players wages. Jonah wanted out but some members of the band opted to stay.
This disagreement led to a split of the band in three – Jonah went with the name Devera Ngwena; the Bitu brothers Innocent and Jabulani - and Jonisai Machinya formed Zhimozhi Jazz Band while two other members formed Petro naJohane.
Jonah roped up new members Chengetai Kandimi, Patrick Kabanda, Christopher Ncube, Kudzi Mashereni and Mashi Mashereni and set his base in Limpopo, South Africa.
This was the outfit which toured England, Scotland, and Holland in 1987 playing at Glastonbury Festival in Holland.