When Pastor Haisa's misery became mine 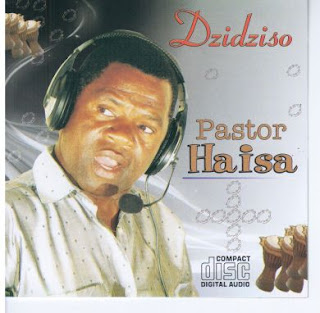 There are times when one becomes both a player and a referee. Judges and magistrate, I have no doubt, experience the same. I did in two cases during my stint on the arts and culture desk at The Herald. Pastor Haisa and the late Freddie Chimombe's plight and misery became mine.

In 2010, I was holed up in traffic along Jason Moyo Avenue just opposite Joina Centre in Harare. It was around 5pm and the robots at Julius Nyerere and Jason Moyo were not working.


Bored and feeling out of sorts, my eyes wandered towards Joina Centre and there walking down the pavement was Pastor Lawrence Munjeye Haisa.


Instinctively, he also turned his eyes at the traffic and saw me. Surprised, he rushed towards me and leant into the car.


When traffic started heaving forward, I opened the door and he slid in, breathless with excitement.


He was still in his favourite greyish jacket and was holding a khaki packet.


He then opened the packet and took out a CD, ‘Baba ndiitire zvamakamboita paya pamwe zvingachinja.’


If ever there is a musician whose plight almost became mine is Pastor Haisa. I had become one of his closest friends when his chips were low. Almost every day he would just pop up into the newsroom and sit by my desk. It did not matter to him what time it was and how he looked.


At one time, I asked the guards not to let him in but I felt so bad about it when one day after the guards had told him I was not in, I went down just to see him sitting outside waiting for me.


I won’t forget the smile that broke onto his face when he saw me. I led him back into the newsroom where he sat down and took out a half-eaten half loaf of bread from his jacket and offered me a piece.


I was so touched that I swore to do anything to help him.


I realised that he indeed needed my help. I knew by seeking me, he felt I could help him. But I knew I had nothing to give him.


When the predecessor of H-Metro, city.com wrote about his affair with his sister’s daughter, Haisa came to see me pleading that I do something about the story. But I told him there was nothing I could do.

I started reading about Pastor Lawrence Haisa’s miserable life way back in 2001.


A talented and successful gospel musician whose future was bright at the time, Haisa, a former pastor with The Zimbabwe Assemblies of God Africa (Zaoga) hit news headlines with women issues.


One of the stories that made it big was in 2001 when Zaoga defrocked Haisa after he had thrown his wife, Rugare and his small daughter out of their home.


See the story below:


THE Zimbabwe Assemblies of God Africa (ZAOGA) Church has stripped popular gospel singer, Lawrence Haisa, of his pastorship after he threw out his wife, Rugare, and their one-year-old daughter from their matrimonial home last year.


A church leader, identified only as Bishop Ngorima, said the decision to defrock Haisa was reached at a disciplinary hearing after he failed to convince the committee why he threw out his family.


Ngorima said: “The disciplinary committee decided to strip him of his duties as pastor because ZAOGA does not allow a man to divorce his wife.


“Such behaviour is not acceptable at all.”


Haisa kicked out his family from the matrimonial home after his wife challenged him over an alleged love affair with another church member and musician.


Rugare, 22, said: “Rumour was circulating that Lawrence was having an affair with another church member, under the guise of compiling an album together.


“He spent most of his time with her and one day I found them in my house cuddling and looking very cosy.


“When I asked him what was happening, he became very hostile and told me to leave or he would beat me up.”


She said she took up the matter with the church’s authorities and Haisa was subsequently defrocked.


Haisa denied he threw out his family and said Rugare left on her own will.


But he admitted he was under disciplinary action.


He said: “I did not throw her out, but she packed her bags and left for Zvishavane, her rural home, without my consent or knowledge.


“She only came back after three months and I told her that I could not accept her back into my house after she had been away for such a long time. What did you expect me to do?”


Before she left, Haisa said, she withdrew $3 000 from his bank account. I told her to come with her relatives so that we could discuss the matter, but she never did,” said Haisa.


Asked whether he was having an extramarital affair, Haisa said: “We are working on an album together.”


Haisa has denied the defrocking saying that it was never communicated to him in writing.


He brought me a sheaf of letters to prove that he had written to Zaoga for clarification but none of the letters got a response.


According to him, nobody can defrock anybody since a pastor is anointed by God.


In the case of his first wife, Rugare, Haisa blamed church leaders especially Bishop Ngorima for eyeing her. He said he had suspected it and that chasing him out of the church was a way of keeping his wife away from him.


But I will never forget the story of how he became a pastor; how his family disowned him and his life as a cattle herder in Masvingo.


He told me that growing up without parents has made him become the angry man he is today. To him, Zaoga founder Bishop Ezekiel Guti is a father who helped him become what he is today.


At one time, he told me, he had to live in the streets before a church in Masvingo took him in.


His parents died mysteriously when he was young. First, was his father who was bitten by a cat. Then his mother also died. He grew up an orphan passed on from one family to the next.


Then he joined the village Zaoga church. This saw him visiting and deciding to stay at a church in Masvingo. This was when he realised his singing talent which opened up his horizons.


He came to Harare; trained as a pastor at UMFIC and became a pastor.


Combining missionary work and music, Haisa became the centre both within the church and outside when his music made it big.


Then came scandal after scandal. Over the years through to 2007, Haisa made big headlines for wrong reasons: Pastor Haisa hauled before court for assaulting wife (2004); Haisa thrown into prison (2004); Haisa in trouble (2005); Pastor Haisa marries sister’s daughter (2007); and his long-drawn fight against his record company, the now defunct Record and Tape Promotions (RTP) over his musical rights.


This is where he started visiting me to push his case against RTP. He had successfully taken the company to court and won the case and was expecting a huge pay-out. But it’s not clear what happened at the last minute, the case was thrown out. The fight against RTP had started way back in 2003 when Haisa walked out of the deal citing poor royalties.


It dragged on until around 2007 when, Haisa who literally have no place to stay came to see me one morning eating a half bread without any drink. He was close to tears.


Haisa had become a regular visitor to the Herald newsroom to see me. He believed, from what he would always ask me to do for him, that I would help him rise again.


At the time, he had just had a fight with yet another woman who later claimed that Haisa had tried to kill her. That case saw Haisa in court.


One day, I sat him down and asked whether all what the people, the media and the women were saying about him was wrong.


When I pressed him hard, he admitted the marital violence but as always passed on the blame to others.


I realised with each visit that I had to help him clear his record. This was not easy to do because a lot about him being a rogue had been written and no one would believe me if I wrote positively about him.


For example, in his 2004 wife-battering case, Magistrate Omega Mugumbate had to throw Haisa into the cells for a night after he had interfered with witnesses.


When I suggested this idea to him, Haisa was more than grateful. But I had to convince the diary session that the story was worth. This was not going to be easy.


I could not do it so I waited for Sunday when I would put in the paper anything without explaining it to anyone. Still I knew I would have to explain it when the paper was reviewed the next day.


I made sure that Haisa’s came out as a sorrowful piece that would quash any questions and avoid any one seeing me as trying to dust him up.


There were not many questions about the article except the usual shrugging and unspoken suspicion.


If Haisa had money then, somebody would have spoken about bribery but he was down and low to an extent that he would ask me for bus fare.

Eish, its unfortunate that these bad things were done by Pastor Haisa, but i also believe the world especially Zimbabweans should learn to forgive people. i recently just bought Zim Praise season 4 and i saw this man singing a song called Ndichamunamata, the words touched me so much, beacuase i have been out of the country for many years, i think the man needs a welcome back and try to reconcile him with his family and the church if possible. which i believe it is possible. we cant solve wrong by wrong. lets support the man to put his life back together